Zagreb is by far the biggest city of Croatia in terms of both area and population numbers. During the most recent census (in 2011; with a new one being held every 10 years) the number of residents amounted to 792,325 people. However, this number is probably much higher considering the large amount of immigrants. If one should include the metropolitan area of Zagreb, the amount or residents amounts to 1.1 million people, a quarter of the total residents of Croatia. This metropolitan area includes the cities of Samobor, Velika Gorica, and Zaprešić. Most of the residents live in the larger city however, with the rest of the spread out in the county.

Close to 92% of the residents is of Croatian heritage, but it also holds people of other nationalities: 2.22% Serbian, 1.03% Bosnian, 0.54% Albanese, 0.27% Slovenian, and 0.15% Macedonian residents. Next to those, it also includes people of other European nationalities, such as Polish, German, Italian, and Russian. 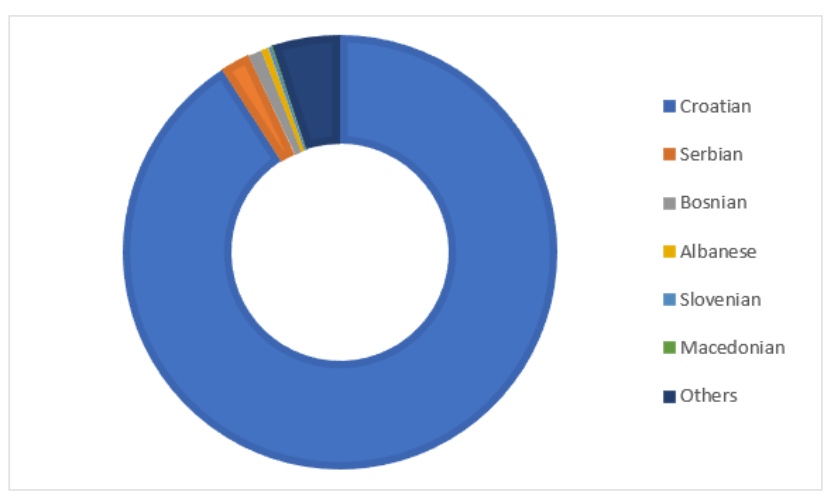 The biggest part of the residents has the Roman-Catholic religion (around 87%), followed by the Islamic religion (2.08%), and the Orthodox Christian religion (2.01%). A, by proportion, large amount of the reisdents (7.06%) is either agnostic or atheistic. Other religions are also present in lesser numbers, such as the Jewish, Greek-Catholic, and the Jehovah’s Witnesses.

The city is divided into 17 districts, with the following numbers of residents: