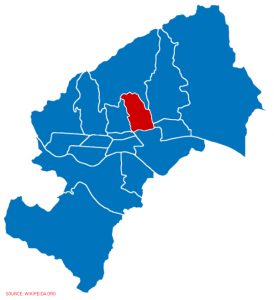 Maksimir is the district to the east of Gornji Grad–Medveščak and named after the bishop Maksimilijan Vrhovac. In the district you can find both the Maksimir Stadium, home of among other Dinamo Zagreb and the Croation national football team, as well as the Maksimir Park. This park is the oldest public park in Zagreb and a part of Croatia’s cultural heritage. In the south of the park, you can find the Zagreb Zoo. The urbanised centre of the district is positioned around Maksimirska Street and stretches from the Kvaternik Square to the entrances of both the Maksimir Park and Stadium.