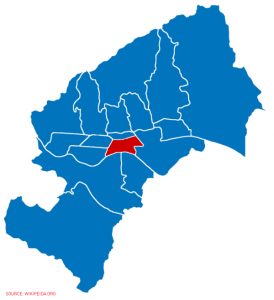 Trnje is one of the more central districts in Zagreb, to the south of Donji Grad across the Zagreb railway Glavni Kodor (central station), and north of the Sava river. The terrain is located mostly on the left shore and largely level, causing it to be under water often. You can find Richter’s skyscrapers in Trnje, also known as the “Rockets”. A lot of institutions for higher education can be found in this part of the city, such as the university and national libraries, and the faculties of philosophy, and electrical engineering. You can also find the cities governmental building and the Vatroslav Lisinki Concert Hall here.